Nigeria is one of the poorest countries in the world today according to new information which ranked it as the poverty capital of the world.

Despite being the poverty capital of the world, Nigeria is home to some of the richest politicians in the world, and it is no surprise it is also rated as one of the most corrupt countries in the world as well. Nigeria is that country where the wealth of the collective people has been massively plundered by a select few individuals.

While some of these politicians do their best to keep their wealth and worth on the low as they rarely make it to ranking websites like Forbes and others, we've decided to do a little digging around and give you a comprehensive list of the richest politicians in the country today. It should also be noted that the top 2 richest people on this list have a net worth which is more than the GDP of some states including Yobe, Gombe and Ebonyi.

The figures may not be exact, but we are sure they're pretty much close. Without further ado, lets jump right in. 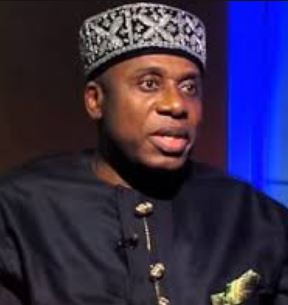 Chibuike Rotimi Amaechi is a Nigerian politician who served as the fifth Governor of Rivers State from 2007 to 2015 and serves currently as the Nigerian Minister for Transportation. He was re-elected for a second term on 26 April 2011.

Rotimi Amaechi owns a massive collection of luxury cars including a rare Mercedes Maybach Vision 6, a Mercedes AMG G63, Mercedes S550, a Land Rover Discovery, a Lexus LX 570 amongst others. He is also rumored to own a private jet worth around N8.8billion but he has vehemently denied it severally.

He is estimated to be worth around N282billion. 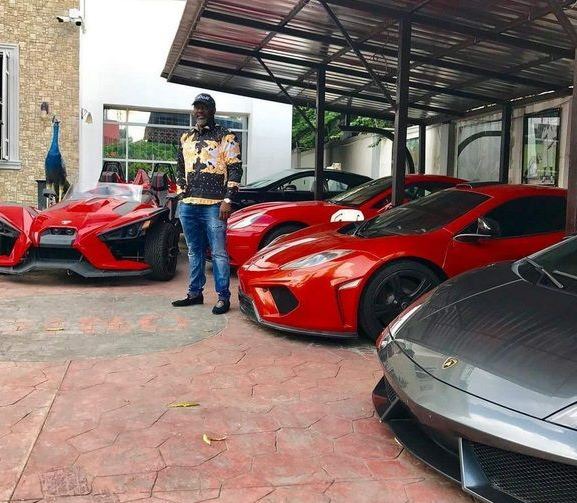 Dino Melaye is a popular Nigerian politician, a Senator and was a member of the 9th National Assembly, representing Kogi West Senatorial district. Dino is a member of the People’s Democratic Party. He was the Chairman Senate Committee on Federal Capital Territory Abuja.

He has recently been replaced by Smart Adeyemi in the Senate. Despite being a controversial figure, he manages to be one of Nigeria's richest politicians today with an estimated worth of N290billion.

He is one of the most flamboyant politicians with an exotic collection of automobiles including a Bugatti Veyron (N616 million), 3 Roll-Royces (N318 million combined), a Lamborghini Huracan (N86.7 million), a Bentley Continental (N71 million) and many other extravagant automobiles and bikes as well. 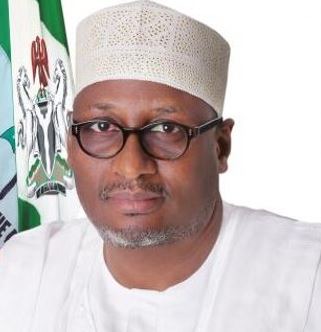 Alhaji Ahmadu Adamu Mu'azu is a retired governor. He was the governor of Bauchi State in Nigeria from 29 May 1999 to 29 May 2007. He was appointed PDP National Chairman in 2013.

Sometime in April 2019, the Economic and Financial Crimes Commission (EFCC) raided a mansion in Ikoyi as part of Buhari's anti-corruption war and discovered over $50 million in cash hidden in fire-resistant cabinets behind false walls. The company who built the house claimed Ahmadu Adamu Mu’Azu is the owner, but the billionaire vehemently denied the accusations and said such claims was preposterous.

He is set to be worth an estimated N282 billion only. 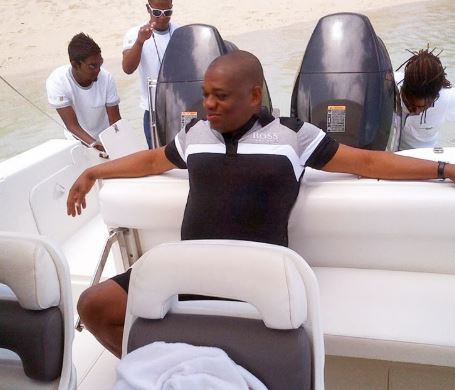 Orji Uzor Kalu was born in April 21, 1960 to the family of Mr. Johnson Uzor Nesiegbe Kalu and Mrs Eunice Kalu. He is the chairman of SLOK Holding and the Daily Sun and New Telegraph newspapers in Nigeria, who served as the governor of Abia State, Nigeria from May 29, 1999, to May 29, 2007.

He was recently indicted over N7.65billion fraud and sentenced to 12 years imprisonment.

He is a stakeholder in Enyimba FC of Aba, the very successful club in CAF competition. He also owns a 400-room mansion that's worth billions of Naira. He is estimated to be worth around N398billion. 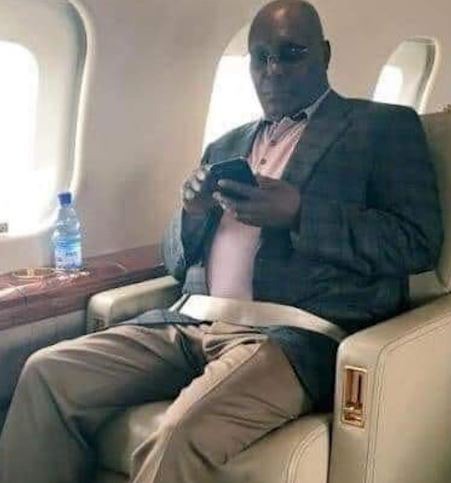 Atiku Abubakar GCON is a Nigerian politician, businessman, philanthropist and presidential candidate of the People's Democratic Party at the 2019 Nigerian general election. He served as the 11th vice-president of Nigeria from 1999 to 2007 under the presidency of Olusegun Obasanjo.

Atiku reportedly owns an Embraer Phenom 100 private jet worth $4.1 million and a $2.95 million mansion around Potomac, Maryland, USA. He also owns American University of Nigeria (AUN) which he established in 2004.

He is estimated to be worth around $1.3billion. 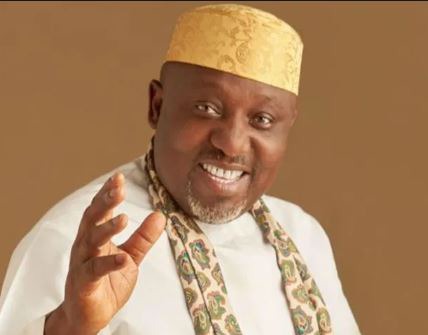 Owelle Rochas Anayo Okorocha is a Nigerian politician of Igbo origin from Imo State. Okorocha is a former governor and the senator representing Imo West Senatorial district at the 9th Nigerian.

Rochas was a successful businessman before he joined politics. He is the founder of Rochas Foundation, a non-profit fund that builds free colleges for poor children.

He claimed he already owned two private jets before becoming Governor of his state. He now has a total of three private jets. 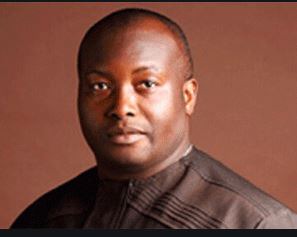 Patrick Ifeanyi Ubah, is a Nigerian businessman, entrepreneur and currently the Senator, representing Anambra South at the Nigerian senate and CEO of Capital Oil which he founded in 2001. He is also the owner of Ifeanyi Ubah football club, a team that plays in the Nigerian premier league.

He is worth an estimated $1.6billion. 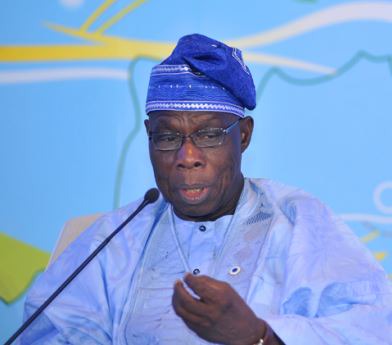 Chief Olusegun Mathew Okikiola Aremu Obasanjo, GCFR, is a former Nigerian Army general who was President of Nigeria from 1999 to 2007.

OBJ reportedly owns Otta Farms, one of the largest chicken poultries in West Africa. Although not of general knowledge, he is also involved in over 6.5% of the total major oil production, marketing, and distribution in Nigeria.

He also owns a Bombardier Challenger 300 jet and a Helicopter, both worth about $42 million. He is worth an estimated $1.7billion. 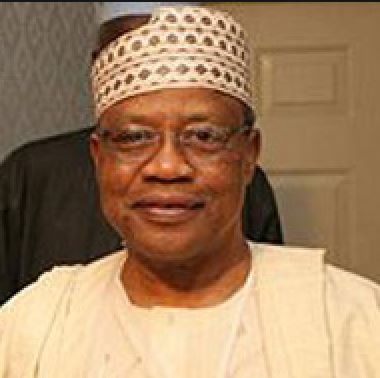 Ibrahim Badamasi Babangida GCFR, is a retired Nigerian Army General who was President of Nigeria from 27 August 1985 to 26 August 1993. He previously served as the chief of army staff from January 1984 to August 1985.

He also reportedly owns a Learjet 45 which is worth an estimated half a billion Naira. 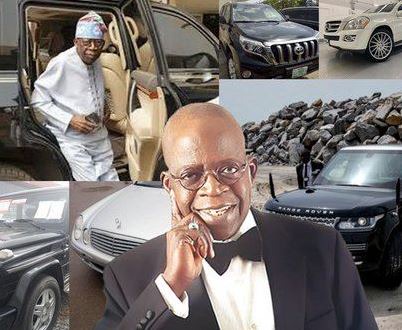 Bola Ahmed Adekunle Tinubu is a Nigerian politician who was elected senator for the Lagos West Constituency in Lagos State, Nigeria in 1993. The election was just prior to a military take-over in December 1993. He was also the Governor of Lagos from 1999 to 2007 after spending two tenures.

He holds both the chieftaincies of the Asiwaju of Lagos and the Jagaban of the Borgu Kingdom in Niger State, Nigeria.

Some of the scandals he's involved in includes the lawsuit where Tinubu’s consultant company Alpha Beta is accused of N100bn money laundering, tax evasion and fraud by its Managing Director/Chief Executive Officer. He also was also reportedly charged for involving in a white heroin trafficking network operated in the US between 1988 and 1993.

Bola Tinubu is the only Nigerian politician to have a bullion van come deliver cash into his home located in Bourdillon drive, Ikoyi, Lagos.

He also owns a massive collection of luxurious cars, some of which include a G-Wagon worth ₦600 million, 2 other Mercedes Benzes, a Range Rover, a Lexus LX 570 and more. He owns more than one private jet as well, one of which includes a Bombardier Global Express XRS worth $60 million.

He has sight on becoming Nigeria's President come 2023 and his estimated worth is noted to be around $8.4billion.